You are using an out of date browser. It may not display this or other websites correctly.
You should upgrade or use an alternative browser.
P

I think I have a good handle using the TFP methods of maintaining a pool. Is there anything different with a SPA?

My neighbor has the SPA and been using Bromine and ozone etc. and having trouble.
I'm a Liquid Chlorine and Mauratic Acid guy. Can we just drain it and use the basic TFP procedures?
Last edited: May 31, 2020 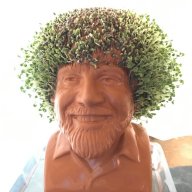 Hot tubs and spas have their own unique features that make caring for them different from pools. The same TFPC Principles apply - self-testing of your water, daily maintenance and never adding anything to it without knowing what effect it will have or without being able to measure it. So no potions, or magic serums, or minerals, or pixie-dust.

A spa can be maintained either as a bromine sanitized water body or a chlorine sanitized water body. Both are adequate but both have drawbacks. If the spa has an ozonator that functions (and they often fail pretty quickly after purchase) then bromine can be easy to maintain using a bromide bank and bromine tablets in a floater. Testing for bromine is a little less specific because you can only measure total bromine, not bromine and combined bromine separately. Bromine spa chemicals tend to be more expensive. Chlorine is less expensive, especially when using the dichlor-then-bleach method, BUT chlorine can fluctuate more day-to-day and often requires frequent/daily additions to keep the spa chlorinated. All spas have LOTS of aeration and so the TA typically needs to be kept low, and borate use is recommended, in order to keep the pH in range. All spas, new and used, are dirty and filled with gunk from the outset and the spa plumbing should be immediately purged on setup using Ahhsome gel to get rid of biofilms, bacteria and manufacturing greases and oils. Once purged, drained and refilled, the spa can then be sanitized either using bromine or chlorine.

Spas will sometimes need to be shocked occasionally depending on bather load and, in a chlorine spa, the CCs will be detectable and rise over time. Usually they are a good indicator of when it's time to drain and refill but, for a typical spa, refilling is recommended at least 3-4 times per year.

There are plenty of articles on TFP about how to maintain a spa/hot tub and lots of help. As always, stay out of the spa store as much as possible and your wallet will be happy. 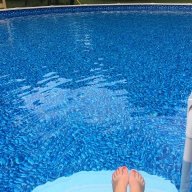 Hey there Philo- I second Joyful Noise - definitely purge that thing with ahhsome thoroughly before use -
i see u have a swg for your pool
I have one for my pool & my stand alone spa too.
i use the dichor then bleach method
Check out- How do I use Chlorine in my Spa (or pool)?
but just less bleach because of my saltron mini. It allows me to only use bleach to periodically shock or increase fc for heavy bather loads. Also if i am away i know my spa has enough fc. I have it on a timer multiple times a day so fc stays pretty even. It was worth every penny!
The main difference to me vs a pool is how quickly things can go bad since its such a small amount of h20 compared to the bather load. Ph rise is more frequent because of aeration but when i got my alk in line it really stabilized just like my pool but its a faster process - a day in spa vs a week in pool.
Enjoy your new spa!
P

Thanks!
Thread Status
Hello , There was no answer in this thread for more than 60 days.
It can take a long time to get an up-to-date response or contact with relevant users.